Super Eagles forward Samuel Chukwueze makes history after becoming the youngest to score at the 2019 Africa Cup of Nations in Egypt.

The 20-year-old Villarreal youngster opened the scoring for Nigeria in their quarter-finals clash against South Africa at the Cairo International Stadium on Wednesday night after bundled past the helpless Ronwen Williams to scored before the half-hour mark with Arsenal star Alex Iwob provides the assist.

However, Bafana Bafana levels up through Bongani Zungu in the 71 minutes of the encounter before Udinese centre-back William Troost-Ekong threw himself into a Moses Simon’s corner kick and found the back of the net one minutes from time. 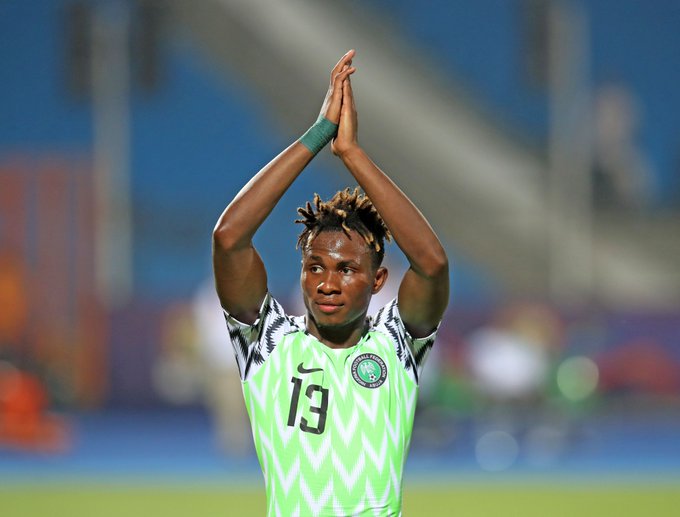 Samuel Chukwueze became the youngest scorer at the #TotalAFCON2019

An eagle on the rise for @NGSuperEagles

Chukwueze has been one of the stands outperformers in this tournament with his enterprising style of play and he named ‘Man of the Match’.

Super Eagles have now joined Senegal in the semifinals and will play the winner of Algeria vs Ivory Coast at the last four stages.