In 1859, Charles Darwin published The Origin of Species, changing the way many people viewed the world forever.

In 1831, Darwin had joined a five year scientific expedition. During his time away was influenced by Lyell’s suggestion that fossils found in rocks were evidence of animals that had lived millions of years ago. The breakthrough came when he noted that the Galapagos Islands each supported its own variety of finch, which were closely related but had slight differences that seemed to have adapted in response to their individual environments.

On his return to England, Darwin proposed a theory of evolution occurring by the process of natural selection, which he then worked on over the following 20 years. The Origin of Species was the culmination of these efforts and argued that the living things best suited to their environment are more likely to survive, reproduce and pass on their characteristics to future generations. This led to a species gradually changing over time. Whilst his study contained some truth many areas such as the link between animal and human evolution are being shown to be untrue through new discoveries of ancient ancestors.

The book was extremely controversial, as it challenged the dominant view of the period that many people literally took that God had created the world in seven days. It also suggested that people were animals and might have evolved from apes this part of his work has been shown to be inaccurate. To Ponder; One must simply consider the fact that through thousands of years of evolution animals have the highest respect for their body yet people do not respect their bodies. The cheetah will go hungry rather than push itself beyond the point it can recover. If people had evolved from animals over millions of years the innate respect for their body would still be here today. 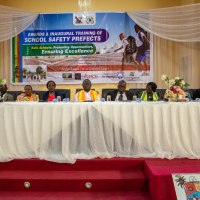