The court had commenced sitting on the case at about 9 am with the continuation of hearing.

One of the prosecution witnesses, Hitila Hassan, had given his evidence in chief and was cross-examined by the defence counsel, Mathias Emeribe.

Justice Halimat Salman, who however, announced the adjournment of the case, said: Reports reaching us are not favorable for the continuation of the case today.

I don’t have anything doing but the court has to rise for the case to continue tomorrow.

For the security of the suspects and all of us here, I have to rise. May God spare our lives till tomorrow for the continuation of hearing.

The News Agency of Nigeria (NAN) reports that five accused persons are standing trial in connection with the bloody April 5 robbery attack in Offa. 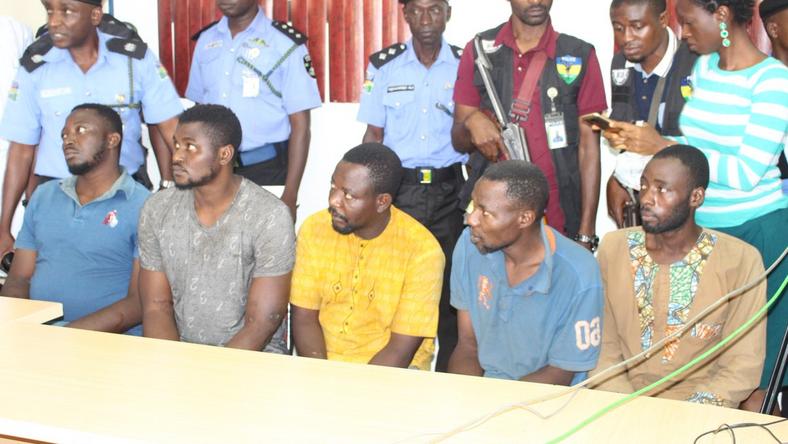 In his evidence-in-chief, Hassan, a police inspector, said the confessional statement of the first accused (Akinnibosun) had indicted Babatunde Abdulwahab, the Chief of Staff to Gov. Abdulfatah Ahmed, as well as the governors Political Adviser, Lekan Alabi, and one Adeola Omiyale.

He added that Akinnibosun alleged he got the AK47 rifles allegedly used in the robbery from the persons mentioned, saying that informed their arrest by the police high command in Abuja.

Hassan said he is an inspector of police attached to the Intelligence Response Team of the former Inspector General of Police and headed by a Deputy Commissioner of Police, Abba Kyari.

The presiding judge adjourned the case till Wednesday for continuation of hearing.